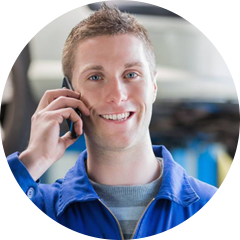 
Century Automotive is at the forefront of providing environmentally friendly conversion options for Lincoln, NE automobile owners. If you are looking for independence from oil companies or wanting to increase the fuel efficiency of your fleet, there are options for you.

Compressed natural gas or Liquid propane gas is a more environmentally clean and safer alternative to traditional fossil fuels. CNG/LPG is used in traditional gasoline internal combustion engine automobiles that have been converted into bi-fuel vehicles, (gasoline/CNG or LPG). Alternative Fueled Vehicles or AFV’s are increasingly used in the Asia-Pacific region, Latin America, Europe, and America due to rising gasoline prices. In response to high fuel prices and environmental concerns AFV’s are starting to be used in various transportation such as over-the-road-semi’s, school buses, transit buses, delivery trucks, pickups, cars, so from the Heavy Duty all the way down to the Light Duty vehicles. For Diesel powered vehicles it is possible to do a duel fuel conversion that blends the alternative fuel into the diesel engine generating cleaner exhaust and better fuel mileage.

Century Auto/CAFE Nebraska Technicians have been NFPA 52 and NFPA 58 Certified by Oklahoma State Alternative Fuel Standards since 2011. And are certified by Alternative Fuel System Manufacturers such as Blue Energy, ICOM, Prins, Technocarb, Zavoli, Versus, Deluca, along with several others. 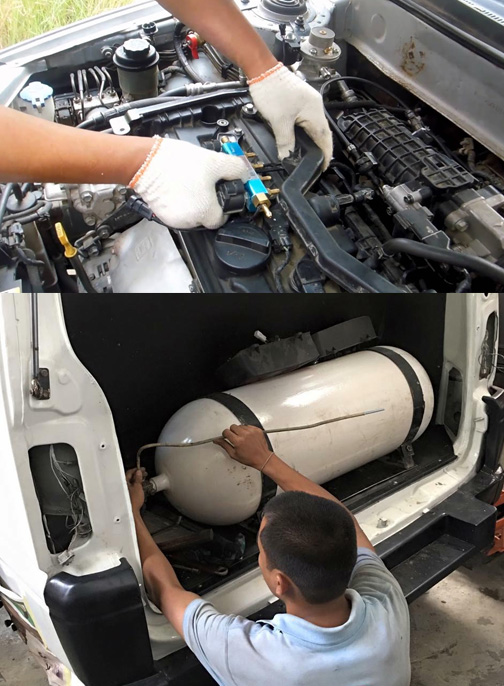 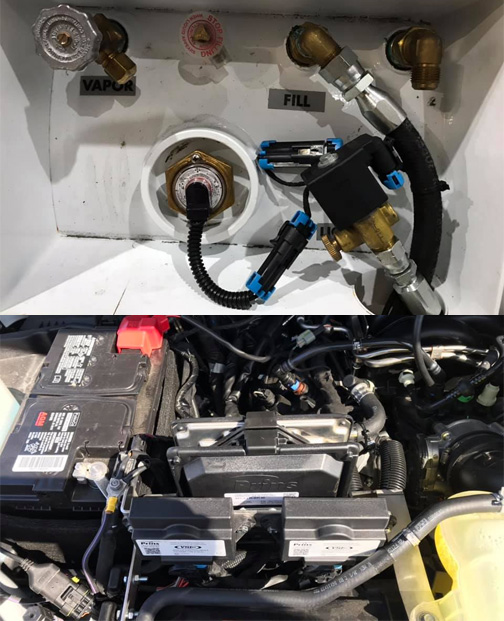 Century Automotive also provides Flex Fuel conversions to take advantage of the more inexpensive E-85 fuel offered at many gas stations. Due to the way the E-85 burns and reacts with some rubber and plastic, normal cars can’t run it without conversion. Century automotive can help make the transition trouble free.

Some of the issues with running E85 on non flex fuel vehicle is that Ethanol contains slightly less energy than gasoline.You need about 10%-30% more fuel running through your injectors for the vehicle to run on E85 . If you just try and run E85 in a vehicle not designed to run e85 what happens is your Check Engine light will come on, your cars computer is telling you that the vehicle is running lean.

To make sure your vehicle can handle E85, Century Automotive will convert your injectors, carburetor, fuel lines and spark plugs so they can handle the different fuel. In addition to that we receive ongoing training to make sure that our staff is knowledgable on the latest technologies and regulations regarding Flex Fuel for our customers.

Contact us or stop in today and find out how we can help you improve your vehicle’s efficiency and help the environment!